Savanna has been home now since Friday night, and we have enjoyed some normal parts of life with the bigger kids.  We carved pumpkins, we decorated the house (a little), and made gingerbread Halloween houses one afternoon.  Trick-or-treating with the big kids was a blast, as Rebecca really gets into Halloween.  We decided to keep Savanna in, as it can be difficult to watch her closely while out.  She has a way of reminding us of the vigilance that must be taken with planning an outing.  Just when we think it is okay to make impromptu plans, she reminds us of why it isn’t a good idea.  We really weren’t that worried about her getting sick, but when you look down and see her in the middle of a big seizure episode, panic sets in quickly.  How long has she been seizing?  Maybe you don’t know – not good.  Okay, start the clock…  at what point do you intervene?  Did I bring rescue medicine?  Where is the car?  Oh yeah, I walked…  How fast can I run home if needed?  This was not a frequent sequence of events, because after the first time, it changes your entire viewpoint and planning for ‘outings’.   Her care really wasn’t that complicated at this point, but it was really stressful trying to make sure someone was watching all the time.

I can say today, that her change from that state is simply miraculous.  After a follow-up clinic visit with the neuro-surgeon today, we feel like we have a new child.  We still see some abnormal activity now and then, but we have been told repeatedly that that is to be expected while her brain ‘reorganizes’.  Savanna now has a new outlook on life, and she needs to be exposed to as much as possible to accelerate her development.  The neuro-surgeon thinks the primary deficit she will have will be loss of attention to her right side.  Meaning, she simply won’t notice or care about something presented on her right side.  So, for time being, we will approach her from the left and then move to center or right.  He felt confident this would dissipate over time as she learns to compensate.  Visually, she will have some peripheral deficit that is permanent, but the amount is still unknown.

His comments today were very reassuring with respect to being able to travel now and just live life in a more normal way.  He did admit she had a lot of trouble with respiration during surgery, and they did not convey that fully in post-op as not to cause undue concern.  Had she handled the surgery better, they would have gone further with the resection.  Once you have experienced one of her choking fits, where the only effective relief is with a medical grade suction machine to clear her throat, one would not be surprised by such news.  Also, the anesthesiologist stayed in post-op for about an hour watching her, and looked like he had seen a ghost.  He didn’t say anything alarming, but his concern was genuine and I think he knew, that we knew, that Savanna gave them a hard time and maybe a scare during surgery.

Savanna’s progress has simply been amazing.  Each day is better than the one before.  The days are accented by someone saying “Hey come look at what Savanna is doing”.  The tone is one of elation, relief, and happiness.  Not the somber, ‘here-we-go-again’, tone of the past.  She is smiling, laughing, and rolling around.  She is pushing up on her hands and making lots of noises.  Most notably, she doesn’t appear to be having seizures like she was before.  She is calm.  If you pick her up, you can hold her, and she likes it.  It is nothing short of a miracle as far as we are concerned.   Not always, but in general, she was always trying to get away from you, and would never hold on to you or appear comforted by someone holding her.

A couple of times I sat on the floor and worked with her on some gross motor skills.  I remember seeing and hearing several people in the background talking on phones about Savanna.  They were giving out updates, and the conversations were  just overflowing with excitement and joy.  I felt like I had a staff onsite  sending out messages routinely.   It was kind of bizarre really, as my phone was pretty quiet.  However, normal life is resuming.  The grandparents have returned to their lives and we are getting back to our normal routine.   We will begin the slow, step-by-step process of weaning her off the AED’s and Keto diet.  This process will take a few months.

From this point, it almost feels like life begins again with Savanna, like she has another chance, a better chance.  Some would ask, “Is she free from seizures?”,  maybe so! 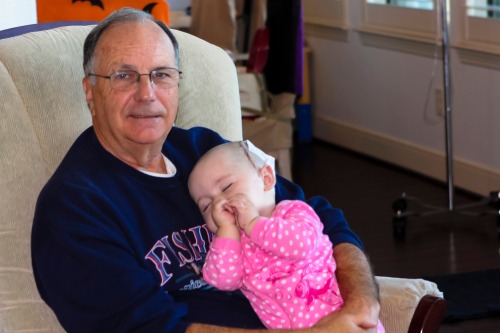 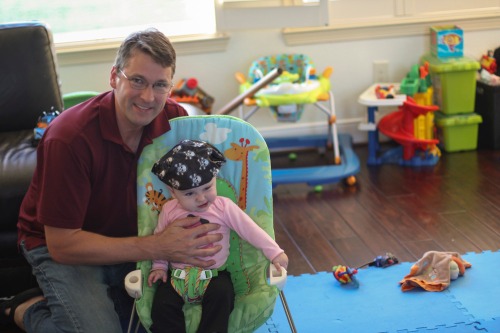 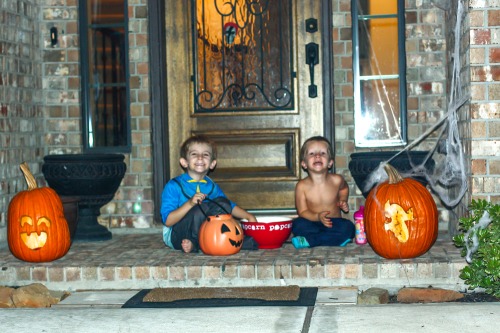